The years of World War II saw a sharp fall in Port wine exports which severely weakened some of the smaller Port shippers, many of which were acquired by the larger or more successful firms in the years that followed. Port wine consumption was slow to recover in the 1950s but a return of consumer buying power saw a return to growth in the 60s and 70s. This was a period of great change in the Port wine business as it adapted to the new realities of the post-war era and to a fundamentally different market.

The process of consolidation which had taken place among the Port wine houses had also occurred in distribution. In Britain the large number of independent pubs and wine merchants that had been the mainstay of the wine trade in the pre-war years had been largely replaced by chains of wine shops and supermarkets and similar trends could be observed in most other western countries. Port wine producers were obliged to streamline their ranges and develop products which appealed directly to the consumer.

Some Port wine firms were acquired entirely or in part by large international drinks corporations whose strong portfolios gave them privileged access to the increasingly powerful retail chains. Others, like Taylor Fladgate and Fonseca, remained steadfastly independent and family owned believing, correctly as it turned out, that their reputations, their creativity and the quality of their wines would allow them to thrive in the new environment and assure their futures for the long term.

The profile of the consumer had also changed.  Until the 1930s Port wine consumption had been relatively polarised. Vintage Port was destined for the tables and cellars of the wealthy and simple young ruby Ports were sold for mass consumption. There was very little in between. The 60s and 70s saw the emergence of an affluent wine consumer who was attracted to quality Port wine but was deterred by the cost of Vintage Port and the need for it to be cellared and decanted. Ironically it was Taylor Fladgate, then as today the most respected Vintage Port producer, which provided the solution.

The firm developed a new concept, Late Bottled Vintage, a very high quality but accessibly priced Port of a single year which was aged for longer in wood than a Vintage Port before being bottled.  The longer wood ageing meant that the wine was ready to drink on release, did not need decanting and could be poured by the glass over a period of several weeks.  Launched in 1970 with the 1965 vintage, Taylor Fladgate’s LBV was very successful, acting as a catalyst to attract new consumers to the Port category, and other houses soon followed suit. In 1973 the Port Wine Institute created new regulations allowing the age of the wine to be stated on the label of old wood-aged Tawny Ports. Again, Taylor Fladgate was the first major firm to take advantage of this with the release of a full range of 10, 20, 30 and 40 year old tawnies.

These new Port categories guaranteed the place of Port wine in the drinking repertoires of western consumers with their growing interest in wine and food. It also contributed to a revival in interest in Vintage Port, particularly in the 1990s, a process assisted by influential wine writers who helped consumers to embrace the complexities of fine wine rather than be intimidated by them. A string of outstanding Vintage Ports in the 90s continued into the 21st century and also helped focus the attention of the fine wine collector and consumer.  Vintage Port became one of the world’s most highly acclaimed classic wines.  For example, the Taylor Fladgate Vintage Ports of this period were awarded higher average scores by the authoritative wine critic Robert Parker than any other wine in the world, including the famous wines of Burgundy or Bordeaux.

The increase in demand for top quality Port wine triggered a renewed burst of investment in vineyard development and the introduction of new methods and technologies in both viticulture and wine making. Important advances were made in vineyard landscaping, a critical factor when growing vines on the steep sided hills of the Douro Valley. Planting in vertical rows, known as vinha ao alto, with its many advantages, became possible on steeper gradients.  Increasing concern for the environmental and economic sustainability of viticulture in the Douro led to the appearance of the first organic vineyards and in more recent times to such initiatives as the sustainable viticulture model implemented on Taylor Fladgate’s estates. 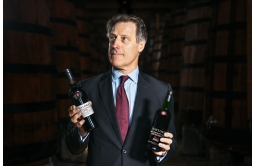 As the pioneer responsible for creating the LBV category, Taylor Fladgate is still its number one producer, representing 34% in... 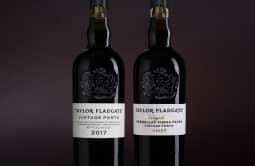