Port is one of the great classic European wines and its history is a long and fascinating one.

So what is Port wine? Port is a fortified wine. Fortified wines are made by adding a proportion of grape spirit, or brandy, to the wine at some point during the production process. Port is arguably the greatest of all fortified wines and its paramount expression, Vintage Port, ranks alongside the finest produce of Bordeaux or Burgundy as one of the great iconic wines of the world.

In the case of Port, the addition of the brandy takes place before the wine has finished fermenting. This means that the wine retains some of the natural sweetness of the grape, making it rich, round and smooth on the palate.

One of the fascinating aspects of Port wine is its variety of different styles, each with its own characteristic flavours, from the intense berry fruit flavours of a Reserve or a Late Bottled Vintage to the rich mellowness of an Aged Tawny or the sublime complexity of a Vintage Port. More than any other wine, Port offers endless opportunities for pairing with food.

Traditionally it is served towards the end of the meal with cheese, as a dessert wine or as an after dinner drink although some styles, like white Port, can also be enjoyed as an aperitif. Many creative chefs also enjoy pairing Port wine with main dishes and it is one of the best wines to enjoy with chocolate or a fine cigar. Port is regarded as one of the most civilised and sociable of wines which will help to make any occasion special, whether a quiet evening by the fireside, an informal gathering of friends or a sophisticated formal meal.

Port wine is produced in the mountainous eastern reaches of the Douro Valley in northern Portugal, one of the world’s oldest and most beautiful vineyard areas where wine has been made for at least two thousand years. In 1756 the Port wine vineyards of the Douro became the first vineyard area in the world to be legally demarcated. Like other great classic wines, Port owes its distinctive character to a unique association of climate, soil, grape variety and wine making tradition. The unique terroir of the Douro Valley and its remarkable wines cannot be replicated elsewhere.

The grapes, mainly of indigenous varieties such as the Touriga Nacional, Touriga Francesa or Tinta Barroca, are grown on the steep rocky hillsides bordering the Douro River and its tributaries. Many of the oldest vineyards, now classified as World Heritage, are planted on narrow terraces supported by hundreds of hand built dry stone walls.

The first shipments of wine under the name Port were recorded in 1678. Although the wine is produced inland in the vineyards of the upper Douro Valley, it takes its name from the coastal city of Oporto from which it is traditionally exported. Until well into the 20th century, the wine was carried down the river Douro from the vineyards in special boats known as barcos rabelos. The wine was then unloaded into the ‘lodges’ of the Port houses which line the narrow lanes of Vila Nova de Gaia opposite the old city centre of Oporto, to be aged, blended, bottled and finally shipped.

Many of the oldest and most famous producers, such as Taylor Fladgate or Croft, are of English or Scottish origin as, for most of the history of Port wine, Britain was by far its largest market. However Port is now enjoyed all over the world. 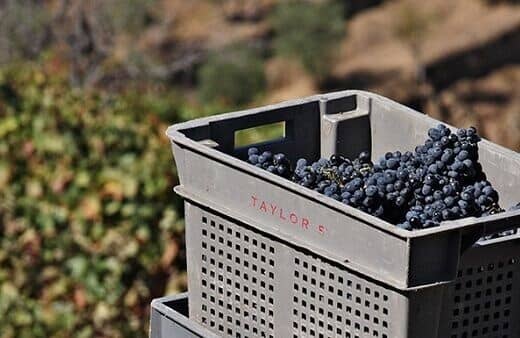 Port wine is made like other wines, however, grape spirit brandy is used to arrest fermentation creating fortified, sweet dessert wine. 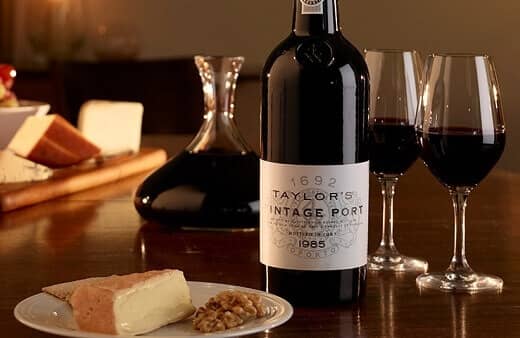 Taylor Fladgate Vintage Port is one of the world’s great iconic wines. 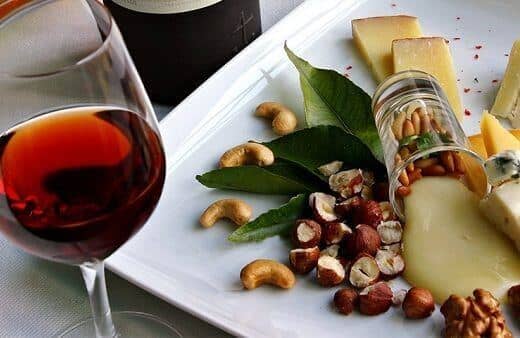 Most perfect wine and food pairings are closely linked.