The magnificent old estate of Quinta do Junco is among the most well-known of the historic Pinhão Valley vineyards. Many visitors first encounter Quinta do Junco when taking the winding road out of the village of Pinhão in the direction of Gouvães or Sabrosa. A few metres beyond the village, the road swerves sharply to the left up a narrow wooded side valley. On the opposite side from the road, the hillside seems to rise almost vertically and it is here that the vines of Quinta do Junco are planted. From the road the view is an impressive one. Tier upon tier of terraced or vertically planted vineyards rise from the foot of the valley to the quinta house, which looks down on the estate like a miniature Tibetan monastery from its precarious vantage point at the top of the hill.

In contrast to those of Terra Feita, the vineyards of Quinta do Junco are fully exposed to sun and wind. Facing almost due south, they are in full sunlight for most of the day but the intense heat of the ripening season is tempered by the cooling breezes which blow across the open hillside, particularly at the higher altitudes.

Quinta do Junco is a relatively recent addition to the Taylor Fladgate stable, although a vintage ledger shows that Taylor Fladgate bought wine from the property at the end of the 19th century. Prior to its acquisition by Taylor Fladgate in 1997, its owners were bankers. The estate was acquired in 1906 by the brothers António and Francisco Borges who invested heavily in restoring the quinta from its state of abandon, transforming it into a model property. In addition to their banking house, Banco Borges & Irmão, the brothers had a successful Port business. In more recent times, the bank did not always offer the wines of Quinta do Junco to its own port firm and occasionally sold them at auction on the open market. The opportunity to taste samples of the auction lots, as well as old colheita or frasqueira ports from Quinta do Junco bottled by the Borges family, meant that the directors of Taylor Fladgate were familiar with the wines of the estate and well aware of their quality. Indeed, some twenty years before, the company’s chairman, Alistair Robertson, had attempted to buy Quinta do Junco but was unsuccessful in persuading the bank to part with the estate.

In 1996, Banco Borges & Irmão was merged into Banco Português de Investimento (BPI) which put the property on the market. Taylor Fladgate were not the only firm to leap at the chance to buy it. Taylor Fladgate’s managing director Adrian Bridge recalls: ‘I remember it was a tense, nerve wracking business. Not only was there a lot of competition, but the whole process was done by sealed bids.’ Fortunately Taylor Fladgate was the winning bid and Quinta do Junco was added to the firm’s already extensive vineyard holding.

The early history of Quinta do Junco is not well documented. However the estate is known to have been in existence for at least a century and a half. Like Quinta de Terra Feita, it lies in the heart of the original 1756 demarcation. In the 1761 classification, Quinta do Junco was awarded the coveted full feitoria status, identifying its wines as being of the finest quality, entitled to be sold at a higher price and to be exported to the demanding English market. Today’s classification continues to rank Quinta do Junco, as well as Vargellas and Terra Feita, in the ‘A’ category reserved for only the best Port vineyards.

One of the features which distinguish the property is the network of channels and water courses, fed by natural springs, which cover the hillside. These probably account for the property’s unusual name. ‘Junco’ is the name of a rush which grows on damp or marshy soil. When dried it provides the straw ties which are still often used to bind vine shoots to the trellis wires. The same name is also used for the pithy coopers’ rush used to caulk the seams between the staves of port casks or vats although these do not come from the Douro Valley but from the coastal marshland of the Aveiro rias.

An account from the 1940’s describes Quinta do Junco as being noted, not only for its wine, but for its orchards and olive oil. It mentions the estate´s modern olive press and the still for producing bagaceira, or marc brandy, a product hardly produced in the valley today. Sadly these installations, particularly the winery with its obsolete Algerian autovinifiers, were of no use when Taylor Fladgate bought the estate. The decision was therefore taken to make the Junco wines in the lagares at Quinta de Terra Feita, less than three kilometers to the north east, and to concentrate investment and resources on the development of the estate’s vineyards.

This has proved a wise option. The return to traditional foot treading has enhanced the quality of the Junco wines to the extent that they now make a modest but increasingly important contribution to the Taylor Fladgate vintage port blend. Investment in the vineyards has produced significant benefits. Many of the patamares, or modern bulldozed terraces, built before Taylor Fladgate's acquisition of the property have been replaced with vertical rows which have environmental advantages and allow much better exposure of the leaf canopies. Vines have been replaced with varieties more suited to their locations and to Taylor Fladgate’s house style. Although the work of replanting and re-landscaping has been extensive, old historic walled terraces continue to represent nearly a third of the planted area of the quinta.

In contrast to the elegant scented wines of Vargellas and the sensuous fruitiness of those of Terra Feita, the wines of Junco are most impressive on the palate. The estate produces Ports which are often monumental in scale, adding density, concentration and structure to the blends. This is particularly the case with the wines from the old historic terraces. Since 2000 a small proportion of Junco wine has been incorporated into the Taylor Fladgate’s Vintage Port blend. Far from altering the distinctive Taylor Fladgate style, the wines of Quinta do Junco seem actually to enhance it, reinforcing that inner strength and sturdiness for which the firm’s Vintage Ports are renowned. 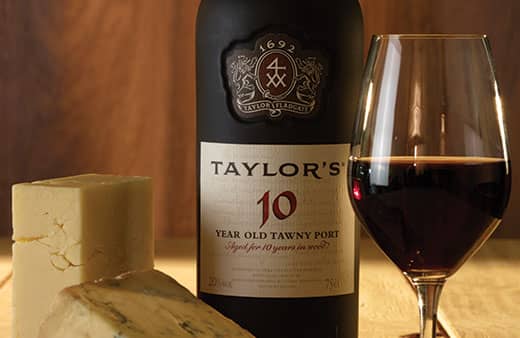 Mellow and elegant, combining delicate wood notes with rich aromas of mature fruit, it is bottled for immediate drinking. 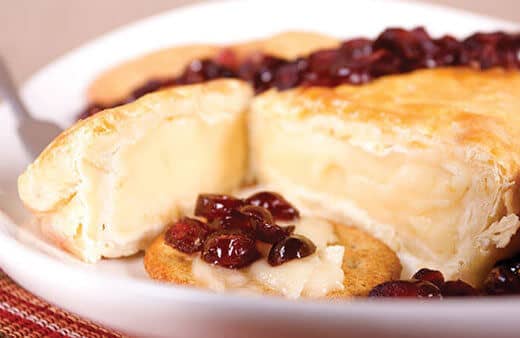 This simple to make Cranberry sauce with Port recipe gives an edge to your sauce that will have your friends and family begging for more! 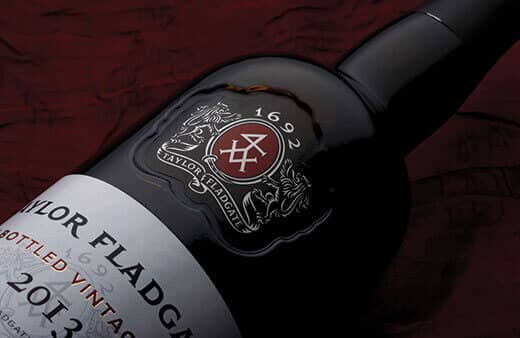 Late Bottled Vintage was developed as a high quality but more affordable and immediately drinkable alternative to Vintage port to be enjoyed by the glass on everyday occasions.