The timing was fortunate. Against a background of political and economic turmoil and the neglect of many privately owned  vineyards in the mid 1970s,  Taylor Fladgate had decided on a strategy of investment in vineyard ownership in order to  control  the  production  and quality of its Vintage Ports from the vine to the bottle.

It seized the opportunity to purchase one of the valley’s most reputable vineyards, Quinta de Terra Feita, with which the company had maintained a close link for many decades.

After negotiations whose discretion and secrecy were intended to prevent the property falling into the hands of rival shippers, Terra Feita de Baixo was duly purchased. Over the following years, several neighbouring plots were added culminating in the purchase in 1990 of Terra Feita de Cima.

Terra Feita means ‘made land’ and the name is an appropriate one as, following the purchases of the various plots, many of the vineyards had to be re-landscaped and replanted although the quinta still retains a significant area of old vineyard planted on historic dry stone walls.

In comparison with the grandeur and scale of the Douro Valley itself, with its sweeping panoramas and majestic perspectives, the Pinhão Valley is intimate and bucolic. The contours of its terraced vineyards are interspersed with woodland and scrub and its hilltops dotted with pretty whitewashed villages – São Cristóvão, Vale de Mendiz, Casal de Loivos, Celeirós and Provesende – each a promiscuous jumble of simple farmer’s dwellings and the escutcheoned manors of noble families. Far below, the Pinhão River snakes over its rocky bed through a narrow tree-lined ravine, coiling around the  spurs  and  promontories which protrude into the valley. The  upper  approach  to  Terra Feita is down a steep earth track which  winds  through a stand of  resinous   maritime pine and thickets of dense fragrant undergrowth. It is hard to believe that the wines of Terra Feita do not owe their wild herbal woodland aromas to the scents of lavender, gum cistus, thyme and mint which fill the warm air throughout the ripening season.

When it arrives at the upper part of the quinta, the track divides. Ahead, it leads through a gateway bearing Taylor Fladgate’s distinctive 4XX symbol onto a huge flat topped spur jutting out into the Pinhão Valley. This spur was landscaped and  replanted  in  the  1970’s shortly  after  this  part  of  the vineyard was purchased. Into the sides of the spur, which seem almost sheer when viewed from above, large terraces have been carved. Built with earth moving equipment and dynamite, these broad terraces, known as patamares, were revolutionary in their day. Since then, however, new landscaping techniques have been developed.

The left fork of the track leads down into a long valley which contains the more traditional part of the quinta lying in the parish of Celeirós and formed by the original properties of Terra Feita de Cima and Terra Feita de Baixo. Here many of the old terraced vineyards remain. However, instead of patamares, the steeper areas of the vineyard have been extensively replanted using vertical rows, a technique known as vinha ao alto. Terraces have also been converted using environmentally sustainable principles developed by Taylor Fladgate’s viticulturist António Magalhães. It is in this part of the property that the quinta’s two traditional wineries are located, one in the estate house of Terra Feita de Cima, built in 1837, and the other in the lodge of Terra Feita de Baixo.

In his book Facts about Port and Madeira, published in 1880, Henry Vizetelly recalls taking the path leading down through the quinta from the hilltop village of Celeirós to the Pinhão river: ‘Several other notable quintas being as yet unvisited...we started during the forenoon from Celleirós, winding round the hills in the direction of the Pinhão, and passing through the Quinta of Terrafeita, where once more the customary vintage scene presented itself. It was the dinner hour, and men from the adjacent lagares, with their brawny legs dyed in new-made wine, were lolling or lying full length on the walls inclosing the vineyards, or dozing with the swine at the verge of the mountain road. Having crossed the river over a wooden bridge, we ascended the opposite side of the ravine and passed through the village of Val de Mendiz, perched on a spur of the principal chain of hills.’

Although  Vizetelly  might  not witness  such  scenes  of  rustic leisure today, he would certainly recognise  the  wine-stained  legs of the treaders as well as many features of the Terra Feita wineries. The latter are a good example of Taylor Fladgate's philosophy of blending tradition  and  innovation,  of embracing change but only when this is clearly for the better. The quinta’s traditional wine making capacity is one of the biggest of any Douro estate, with a total of eleven granite lagares allowing the entire production of Terra Feita and nearby Quinta do Junco to be foot trodden even in years of high yield. As David Guimaraens put it: ‘When making Port you should interfere  as  little  as  possible. What you need are perfect grapes, well built lagares and the right number of people to tread them. We’ve tried every other method and now we really do know that foot  treading  is  the  best  and most effective way of making great Vintage  Port.’

Traditional  they may be, but the lagares of Terra Feita are not old fashioned. At Terra Feita de Cima, each lagar has recently been fitted with a system  of  mechanical  plungers which continue to work when the treaders are resting, drawing an extra layer of aroma and density from the musts. Here technology works  together  with  traditional principles  to  ensure  that  the grapes of this historic property are allowed to express themselves to the full.

The Terra Feita winery has also witnessed  the  continuation  of research, originally started at Quinta de Vargellas in the 1920s, into the properties of the classic Douro grape varieties. Since 1985, single variety vinifications carried out at Terra Feita have contributed to Taylor Fladgate’s understanding of each individual vine type as well as to the firm’s unique library of varietal research samples.

The effect of terroir on wine style is one of the wine world’s most debated mysteries and never more so than when discussing the contrasting styles of the wines of Vargellas and Terra Feita. Soil is not a significant factor. The vineyards of both estates are planted on the same rocky schist that can be found throughout the region. The mix of grape varieties is similar, even if Vargellas has a higher proportion of Touriga Nacional and less Tinta Barroca and its vines on average are older. Climate certainly has an influence. Quinta de Vargellas, although located in the hotter eastern reaches of the Douro, faces north and this tempers the force of the blazing summer sun. Moreover the property is often fanned by the evening breezes which blow along the Douro River. Although situated in the cooler environment of the Cima Corgo, Terra Feita nestles deep in the folds of the Pinhão Valley where the air is still and the surrounding hills capture and retain the heat. However it would be an oversimplification to attribute the stylistic differences to these factors alone. The reasons are certainly deeper and more complex. Whatever they may be, it is the contrasting but  complementary personalities of the  wines of Vargellas and Terra Feita which have given Taylor Fladgate’s Vintage Ports their multi layered complexity, their completeness and their unique and distinctive style. 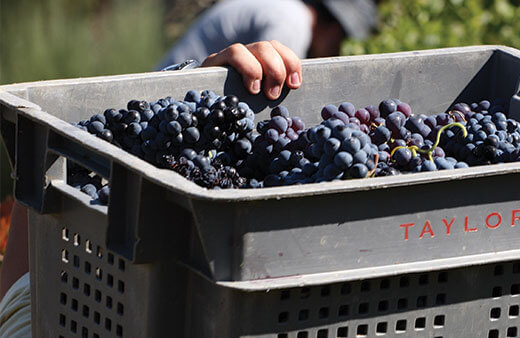 There are five or six top grape varieties which are used in making Port. Find out what they are and how they are combined to produce the finest Taylor's Port wine. 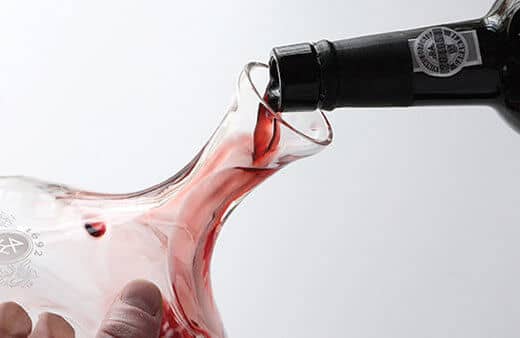 Port is an extremely versatile wine and the different styles of Port lend themselves to a variety of foods and occasions. Find out how to match your Taylor's Port with your food and the occasion 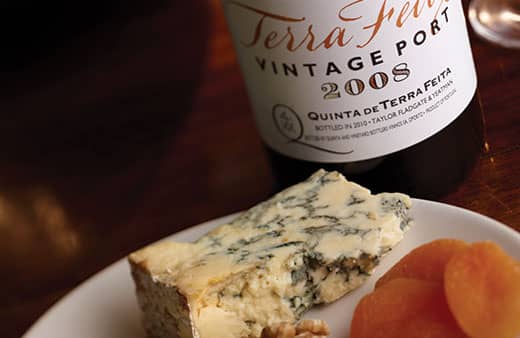 This is classic Vintage Port with its extraordinary quality of fruit, combining power with refinement and complexity. 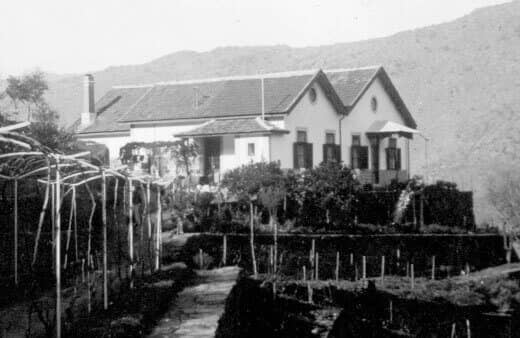 History of PortPort in the 20th Century

The success of the Port trade in the 20th century enabled Port houses to refine the style and quality of their wines.