Ironically, the histories of many of the Pinhão Valley vineyards are  not  as  well  documented as those of the estates which border the Douro River valley itself.

Until well into the 20th century, the Douro River provided by far the easiest means of travel within the Port vineyard region. It was also the only way of conveying wine from the vineyards to the lodges of the Port shippers at Oporto on the Atlantic coast. The casks of Port were carried downstream on the legendary barcos rabelos, flat bottomed vessels whose intrepid boatmen were skilled in navigating the lethal boulder-strewn rapids of the Douro and its fast running spring currents. Without these boats and their crews, Port wine as we know it today would never have existed.

In the early days of the Port trade,  proximity to the main river was therefore of great practical advantage. As a result the Port houses’ own properties, such as Taylor Fladgate’s Quinta de Vargellas, tended to be situated on the banks of the Douro itself. The continuity of ownership and methodical conservation of records assured by the Port firms means that the history of these quintas is relatively well documented. Until recently, however, many of the Pinhão Valley estates remained in the ownership of local families. When properties changed hands the sellers tended to retain what records they possessed and these were often lost or dispersed.

Nevertheless much can be deduced from public records. We do know that the vineyards of Terra Feita were already well established more than two and half centuries ago.

The quinta was originally made up of four individual  properties, two northerly vineyards located in the parish of  Celeirós and two vineyards  further downstream in that of Provesende. The boundary between the two parishes, formed by a brook known as the Ribeira das Pias, was significant in the original Port vineyard demarcations carried out in the mid-eighteenth century under the direction of the Marquis of Pombal. As a result, the same status was not always conferred on all four properties. However, the two vineyards in the parish of Celeirós, Terra Feita de Cima and Terra Feita de Baixo (Upper and Lower Terra Feita), which make up most of today’s estate, were both accorded full feitoria rank in the first classification carried out in 1757.

The award of full feitoria status was significant. Not only did it constitute recognition of the superior quality of the wines, it also earmarked them for shipment to the lucrative English market and established a higher selling price, ensuring that the estates’ owners prospered and that their vines were well tended.

The four properties remained separate for over two centuries. In his 1941 guide to the quintas of the Douro, Alcino Cordeiro refers to the same four Terra Feita vineyards, two in Celeirós belonging respectively to two different gentlemen of Favaios (home to the popular muscat wine and the famous Favaios bread), and two in Provesende, one of which was owned by a certain Henriqueta Queiróz da Mota. All but the latter property, renamed Quinta das Motas after its owner and her female relatives, were later to be acquired and amalgamated by Taylor Fladgate into a single estate corresponding to today’s Quinta de Terra Feita.

Taylor Fladgate began purchasing wine from Terra Feita in the 1890’s. In the early 1900’s the firm’s relationship with Terra Feita seems to have intensified. The firm started bottling small amounts of Vintage Port drawn exclusively from the Terra Feita vineyards, distant precursors of today’s Quinta de Terra Feita single estate Vintage Ports. A handful of bottles of these early Terra Feita Vintages, starting with 1905 and continuing until the mid-1930’s, can still be found in Taylor Fladgate’s cellars.

Although Taylor Fladgate continued to source Ports from Terra Feita in the ensuing decades, the properties fell into a long and gradual decline. While they continued to make exceptional wine, their yields gradually diminished as the vineyards fell slowly into disrepair. By 1974 the production of Terra Feita de Baixo was said to have fallen to a mere 15 pipes and the property was placed on the market. 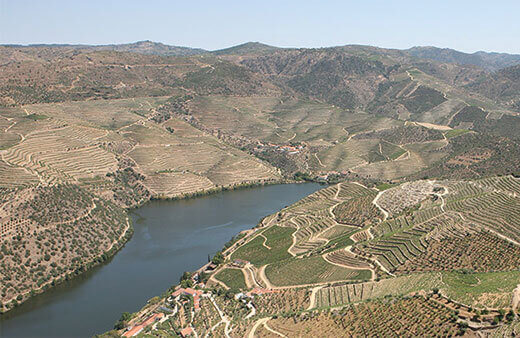 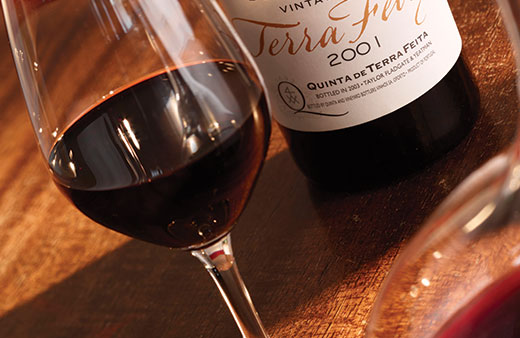 This vintage has the intense berry fruit nose typical of Terra Feita, full of blackberry, cassis and black cherry aromas with hints of plum and liquorice.