Once a Vintage Port has been decanted and the moment has come to enjoy it, tradition dictates that the decanter should be placed on the table to the right of the host or hostess.  It should then be passed to the left, travelling round the table from guest to guest in a clockwise direction until it comes back to its starting point. Although the tradition is most often observed when serving Vintage Port, it is also often followed with other Port styles.

There are many arcane and colourful explanations for the custom of passing the Port to the left.

One theory is that the custom arose from the need to keep one’s sword arm free in case of trouble. It is sometimes said to have originated in the Royal Navy where the rule was ‘Port to port’, meaning that the decanter (most likely a ship’s decanter) should be passed to the left.  In the Royal Navy the Loyal Toast is traditionally drunk in Port and, in contrast to the other branches of the British armed forces, the officers remain seated.

However, the reason why the custom is followed today is quite simple.  If the decanter keeps moving in the same direction, every guest has the opportunity to enjoy the wine and no-one is left out.  The decanter travels clockwise because most people are right handed. 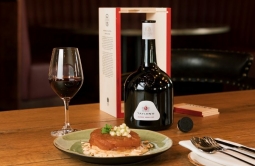 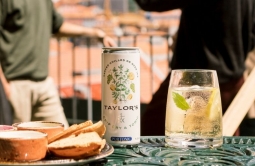