Buying Port as an Investment

Taylor Fladgate’s classic Vintage Ports are among the world’s most sought after and long lasting wines, with the capacity to continue to improve in bottle for many decades.  This resilience and longevity means that their value will tend to appreciate over time provided they are properly stored.  As a result they are very often bought as an investment.

Investment in Vintage Port becomes particularly attractive when the financial and economic outlook is uncertain and traditional investments in stocks and bonds look risky or volatile.  Moreover, unlike other investment vehicles, Vintage Port can be drunk and enjoyed in the event that its value does not increase as expected and, as it will continue to improve in bottle for a very long time, it always represents a reliable investment in pleasure.

The best time to buy a Vintage Port is shortly after it is released.  For a short period after release, the wine is offered at a special opening price known as the ‘declaration price’.  The best way to secure a newly released Taylor Fladgate Vintage Port at the ‘declaration price’ is to place an order or make a reservation through a fine wine merchant as soon as the release or ‘declaration’ announcement is made.  The announcement as to whether or not a particular year will be released as a Vintage Port is made in the spring of the second year after the harvest.  In the case of Taylor Fladgate, the announcement is made on Saint George’s Day, April  23rd, and is published on this website. 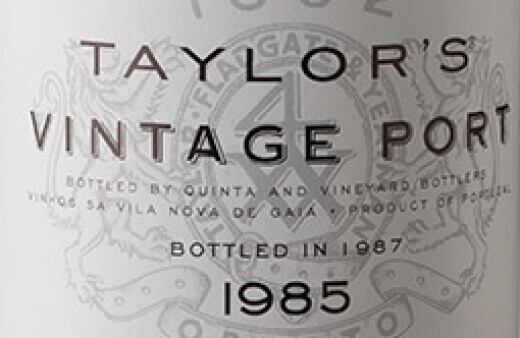 A sturdy foundation of rich and potent blackcurrant, cherry and blackberry aromas interlaced with notes of apricot and plum.