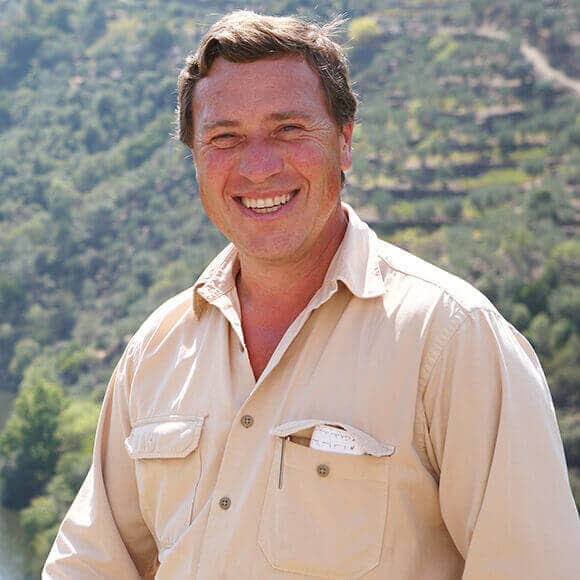 David was born on 13th October, 1965, in Oporto, Portugal. He represents the sixth generation of Guimaraens to be involved in the Port business.

After completing his schooling in Portugal and England, David spent time gaining hands-on wine making experience in Australia, California and Oregon before undertaking formal education in œnology at Roseworthy Agricultural College in South Australia.  After graduating he remained in Australia to gain additional experience before returning to Portugal in 1990 to join the Taylor Fladgate and Fonseca wine making teams.

Since 1991 David has played a leading role in the production of the group’s wines and in the development of its wineries and vineyards. As Technical Director and head wine maker of The Fladgate Partnership he is responsible for the group’s extensive wine inventories. David also leads the team responsible for wine making in the group’s wineries and on the Taylor Fladgate, Fonseca and Croft estates. The research and development work carried out under David’s leadership has resulted in new vinification technology which has radically enhanced the quality of the wines made from the production of the group’s partner grape growers.

David also works closely with the group’s head of viticulture, António Magalhães, one of the Douro’s most respected viticulturists and a world authority on mountain viticulture, in managing and developing the Taylor Fladgate, Fonseca and Croft vineyard estates. Together they have created an award winning sustainable vineyard model which is set to become the standard for environmentally responsible viticulture in the Douro Valley.

David has a number of extraordinary wines to his credit and is regarded as one of the most gifted wine makers in the Port industry.