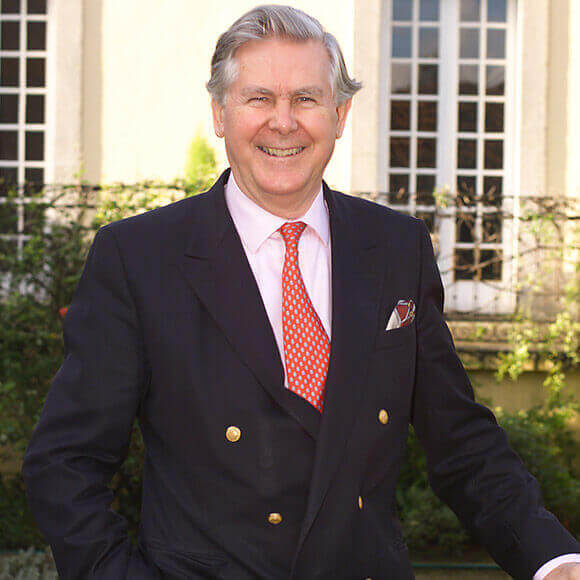 Alistair Robertson was born in Oporto on Friday 13th of August 1937. He is the forth generation of his family, on both the maternal and paternal sides, to carry forward a tradition of deep involvement and commitment to the Port trade. Robertson spent his early childhood in Oporto until the evacuation during World War II. He returned after the war and attended the Oporto British School until 1948, completing his education in Britain, at Harrow in 1955. After Harrow, he was in the British Army for National Service and became an officer in the Scots Guards, serving during the time of the Suez crises of 1956 and then ceremonial duties in London.

Alistair Robertson held various positions in the field of wine in Britain between 1959 and 1964, when he became the Regional Sales Manager for Scotland for the firm of Grants of St. James’. He was married in 1960 to Gillyane Osborne Scoones, with whom he had three daughters over the course of that decade. In 1966, Richard Yeatman, Chairman, Managing Director and Owner of Taylor Fladgate and Fonseca died suddenly. His widow, Beryl, asked her nephew, Alistair Robertson, to return to Oporto to assume management of the firm, a role for which Alistair Robertson has since become known and respected the world over.

Alistair steered the company through some difficult times for port in general. He has been responsible for several innovations, not least the introduction of Late Bottled Vintage Port - the wine style that is attributed with the recovery of the Port industry. On January 1st 2000 Alistair officially retired, passing control of the company to Adrian Bridge and now serves as Non-Executive Chairman.