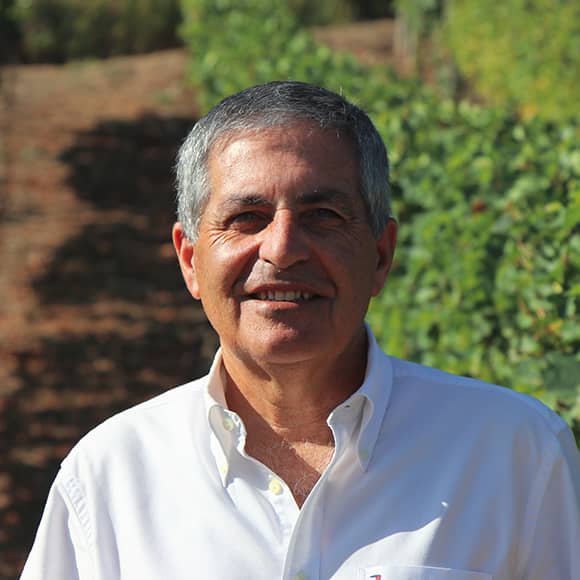 Born into a family with a long history of producing Port, this was a natural career path for António. In 1983 he graduated from the University of Trás-os-Montes with a degree in Agricultural Engineering. In 1984, he joined Barros e Almeida where he was appointed head of viticulture and stayed there until 1992.

In 1992 he joined Taylor’s and Fonseca assuming the position of Head Viticulturist and in 2001 when Taylor’s & Fonseca bought the House of Croft, he then assumed control of Quinta da Roêda also.

As a winner of a number of awards, António is considered to be the leading viticulturist in the Douro Valley. He has an encyclopaedic knowledge of the history of each grape variety and of the traditional principles of viticulture. At the same time his commitment to preserving the region’s unique environment and ecosystem is key to him.